Which one is better, Redis or Memcached? This question frequently arises in many technical discussions or when choosing caching software for web servers. Usually, caching is the first thing that clicks mind when thinking about improving the performance of web servers or any kind of computer systems. In caching systems four things are considered. Memory usage, scaling, Read/Write speed and Disk I/O dumping. So which one to opt? Let’s discuss it in detail today. Memcached and Redis are often used in conjunction with Easy Engine. 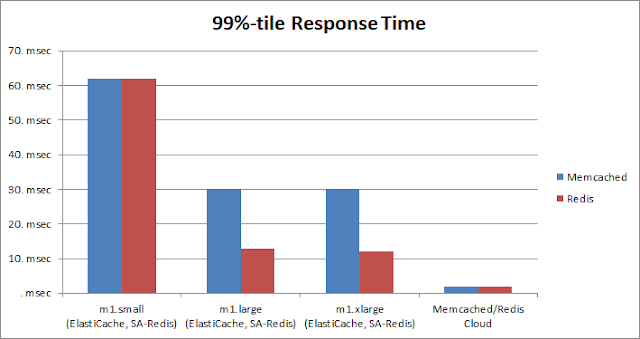 EasyEngine is a linux shell-script collection, which makes managing your WordPress and Nginx sites on an Ubuntu server very easy and fun. EasyEngine makes it convenient to manage Nginx.  We will no longer need to recall complex commands or depend on system administrators.

As an interface for Nginx, EasyEngine is known to perform better and faster than Apache, especially when the number of concurrent site visitors is on the rise. Well, first of all let us go through the quick and short introduction of both softwares. 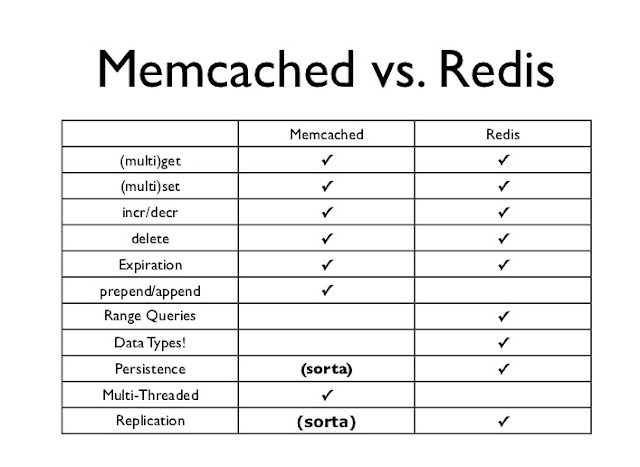 Memcached is easy and powerful general-purpose distributed memory caching system, used to speed up database driven dynamic websites by caching data and objects to RAM. It is free and open source software.

Redis and Memcached are both similar and different at a same time in many ways. Let us analyze this statement in detail.

1. INSTALLATION As far as installation is concerned, Redis is much better than Memcached. It is because it is much easier. Dependencies are not required.

3. PERSISTENCE If you are using Memcached, data might be lost when you restart. Rebuilding cache is a costly process. But, Redis is really cool when it comes to handling persistent data. It by default syncs data to the disk at least every 2 seconds, offering practical data persistence meant to bootstrap the cache after a planned shutdown or an unintentional failure.

While we normally tend to regard the data in caches as volatile and transient, persisting data to disk can be quite valuable in caching scenarios.

4. KEY LENGTH The key length of memcached is a maximum of 250 bytes, whereas Redis has a maximum of 2GB. This is the benchmarking result by DB-Engines, which clearly shows the leader.

5. DATA STRUCTURE Memcached typically uses strings and integers in its data structure. So, everything you save can either be one or the other. Integers can only be added or subtracted. If you need to save arrays or objects, you will have to serialize them first and then save them. When you will want to read them back, you will need to un-serialize.

6. STORAGE TYPE Memcached stores variables in its memory & retrieves any information directly from the server memory instead of disturbing the database again. On the other hand, Redis can be reagrded as a database that resides in memory. It just executes (reads and writes) a key/value pair from its database to return the result set. Developers use Redis for real-time metrics & analytics too.

7. READ/WRITE SPEED Memcached is very good at handling high traffic websites. It can absorb lots of information at a time and give you back within great response time. On the other hand, Redis can neither handle high traffic on read nor heavy writes.

8. REPLICATION  Memcached does not support replication, but Redis does support master-slave replication. Slave Redis servers are allowed to become the exact copies of master servers. Great thing is that, data from any Redis server can replicate to any number of slaves. 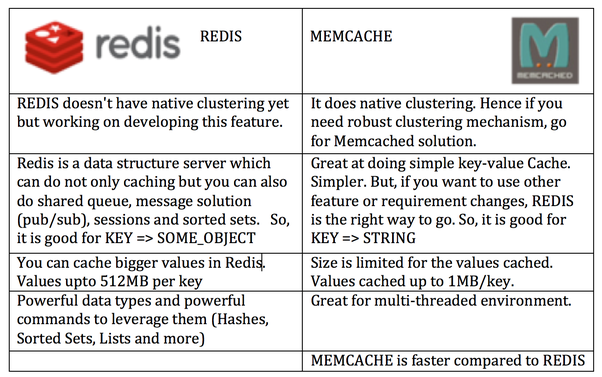 Replication is normally used to implement a cache setup that can withstand failures and find the maintenance for uninterrupted facilitation to the application.

MT Web Sol is a Digital Web Services Company, offering following services to our clients all over the world.

Get Started
We use cookies on our website to give you the most relevant experience by remembering your preferences and repeat visits. By clicking “Accept All”, you consent to the use of ALL the cookies. However, you may visit "Cookie Settings" to provide a controlled consent.
Cookie SettingsAccept All
Manage consent

This website uses cookies to improve your experience while you navigate through the website. Out of these, the cookies that are categorized as necessary are stored on your browser as they are essential for the working of basic functionalities of the website. We also use third-party cookies that help us analyze and understand how you use this website. These cookies will be stored in your browser only with your consent. You also have the option to opt-out of these cookies. But opting out of some of these cookies may affect your browsing experience.
Necessary Always Enabled
Necessary cookies are absolutely essential for the website to function properly. These cookies ensure basic functionalities and security features of the website, anonymously.
SAVE & ACCEPT